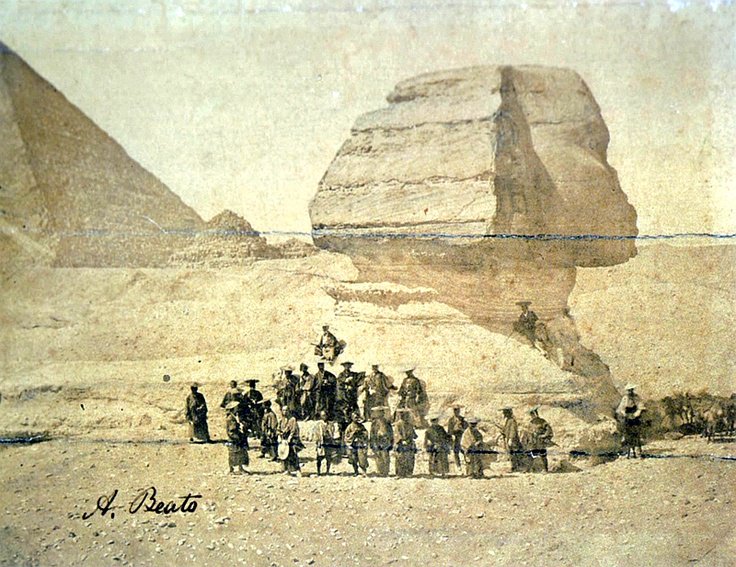 The Second Japanese Embassy to Europe (Japanese: 第２回遣欧使節, also 横浜鎖港談判使節団), also called the Ikeda Mission, was sent on December 29, 1863 by the Tokugawa shogunate. The head of the mission was Ikeda Nagaoki, governor of small villages of Ibara, Bitchū Province (Okayama Prefecture). The assistant head of the mission was Kawazu Sukekuni.

The objective of the mission was to obtain French agreement to the closure of the harbour of Yokohama to foreign trade. The mission was sent following the 1863 "Order to expel barbarians" (攘夷実行の勅命) enacted by Emperor Kōmei, and the Bombardment of Shimonoseki incidents, in a wish to close again the country to Western influence, and return to sakoku status. The task proved impossible, as Yokohama was the center of foreign presence in Japan since the opening of the country by Commodore Perry in 1854. 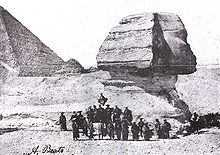 Members of the Ikeda Mission in front of the Sphinx, 1864.

The son of Nadar, photographed with members of the Ikeda Mission in 1863.
See also